In the Last Moment was filmed in Oslo, Berlin and Provence with Wenche Foss, Cecilie Mosli, Birol Ünel, Lubna Azabal and Julia Thurnau in the main roles. The film premiered in cinemas together with The Bambi Effect in July 2011, and has later been shown at festivals in Norway and internationally, first at the short film festival in Grimstad and in Sofia.

Einar Guldvog Staalesen «Søndagsavisa» NRK P2 19.06.2011
“A number of filmmakers have something to get off their chest now – this hasn’t always been an obvious feature at the short film festival, which is now being organised for the 34th time. Stene is among those who control the different expressions of the film medium best. In the Last Moment is about death. It is a little strange and quite funny, and without a trace of sadness. Death turns up in person, just before it’s all over. He – death is still a man – catches up with three people, three places in Europe: a young actress in France, a middle aged newspaper man in Germany, and an elderly female translator in Norway.”

Bjørn Frode Løvlund in Hamar Arbeiderblad 28.06.2011
“We never see the man; we hear his voice, and the camera is his eyes. We soon understand that the man is death, who gives the person about to depart from life a warning of what is in store. This small film is a magical little piece of film work, which shows how powerful a short film can be when it is well made. Rating: 5 stars.”

Anders Hadsel Opsvik in Bergens Tidene 28.06.2011
“Øystein Stene’s latest short film I siste augneblink is shown as the warm-up film before Bambieffekten. Some will perhaps remember it as Wenche Foss’ final role before her death. It is a small jewel, containing some shrewd film references and an interesting – albeit somewhat abrupt – introduction to Bambieffekten.” 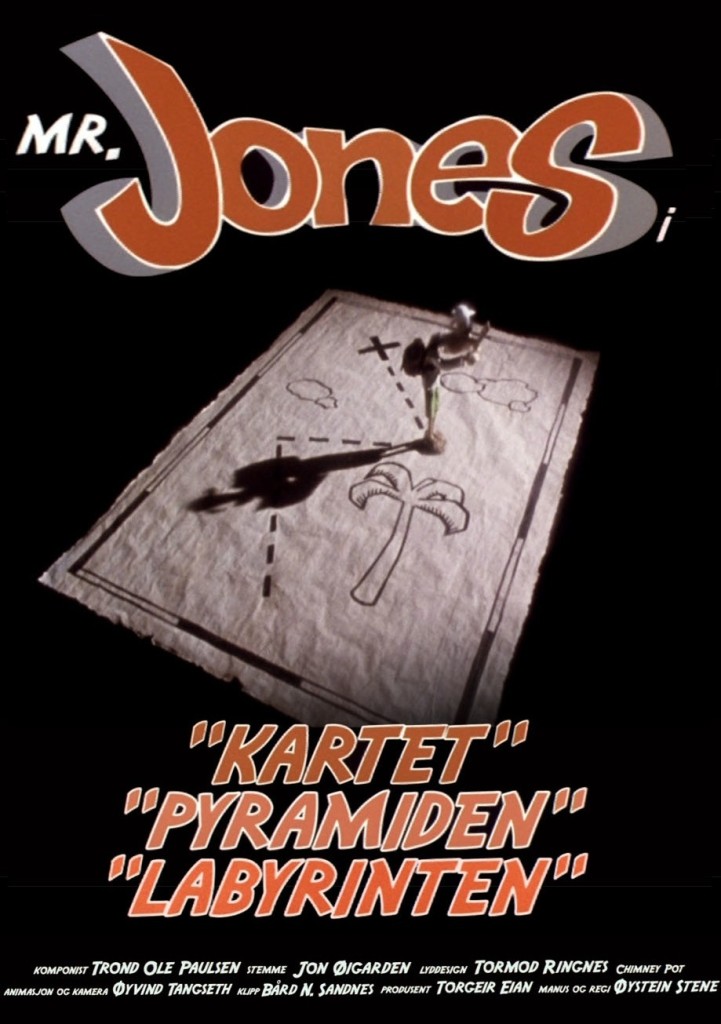 Mr. Jones is a puppet show trilogy for children – three animated films, each one six minutes in length. In the films, the character Mr. Jones ends up in slightly absurd universes, all with clear references to classic adventure film scenes: on a treasure hunt, in a labyrinth, in a mysterious pyramid. But instead of finding the treasure, the centre of the labyrinth or the answer to the riddle of the pyramid, Mr. Jones continually encounters new paradoxes and problems.

The Mr. Jones films are an attempt to create challenging children’s films in which the puzzle does not necessarily have a solution and the answer is no longer a given. The films were first shown at the short film festival in Grimstad in 2005, and have since then taken part in more than 30 film festivals all over the world. They received the jury’s prize of honour for best animated film for children at the KROK festival in St. Petersburg 1997. They have also been shown as short films before feature films for children at the cinema, and on the Norwegian Broadcasting Corporation’s children’s television segment. The films are available in a number of DVD collections. 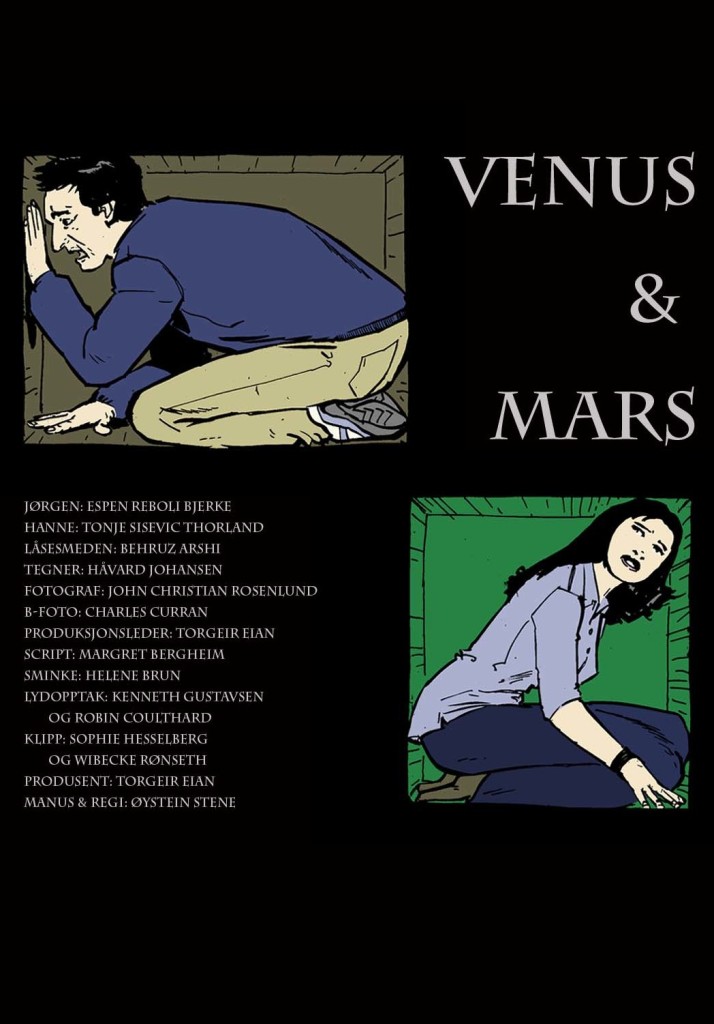 A couple is busy painting their new apartment and when an argument breaks out between them, he locks himself in the bathroom. But when he wants to come out again, he breaks the key – and is thereby locked in. The locksmith is called and a man appears who knows more about being locked in that one might expect. Venus og Mars is a dialogue through a locked door, a dialogue about masculinity and femininity, about metaphors and analogies – and about being locked in and locked out.

The roles of Venus og Mars are played by Espen Reboli Bjerke, Tonje Sisevic Thorland and Behruz Arshi. Parts of the film are told through comic strip illustrations by Håvard S. Johansen. The film premiered at the short film festival in Grimstad in 2005.